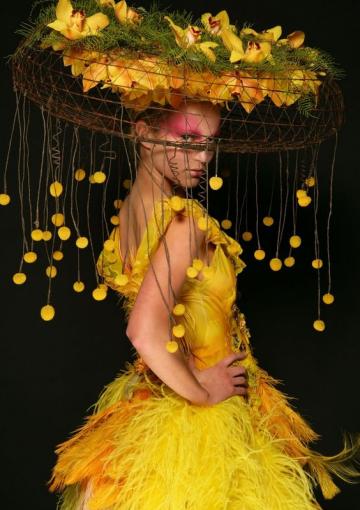 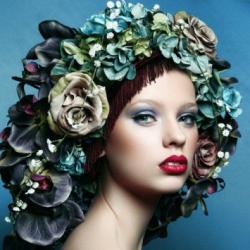 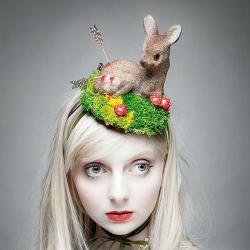 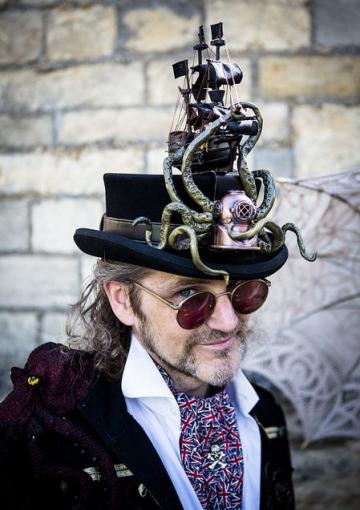 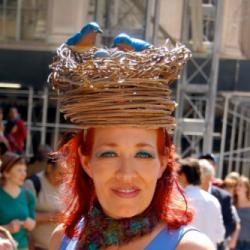 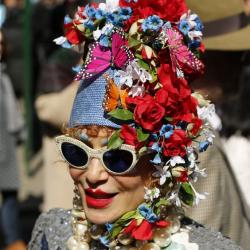 If a hat is a piece of magic, one can only assume the otherworldly qualities of a bonnet. Composer Irving Berlin brought the Easter Bonnet into American pop culture in 1933 with his ballad “Easter Parade,” a chronicle of the annual Easter Sunday pilgrimage from St. Patrick’s Cathedral, down Fifth Avenue in New York City.

In the English tradition, the notion of getting new clothes on Easter to signify inner growth and renewal dates back to Shakespeare. In “Romeo and Juliet,” Romeo’s sage and ill-fated confidante, Mercutio, chastises Benvolio for being too quick to lose his temper; to draw a sword over inconsequential beef. To illustrate his argument, Mercutio points out how Benvolio will pick a fight with his tailor for wearing a new suit before Easter, “Didst thou not fall out with a tailor for wearing his new doublet/before Easter?” he says, designating Easter a sartorial benchmark. Following forty days of Lent, filled with drab outfits reflective of a collective “abstention,” Easter Sunday lifts the fog not only in spirit, but also in our wardrobe. 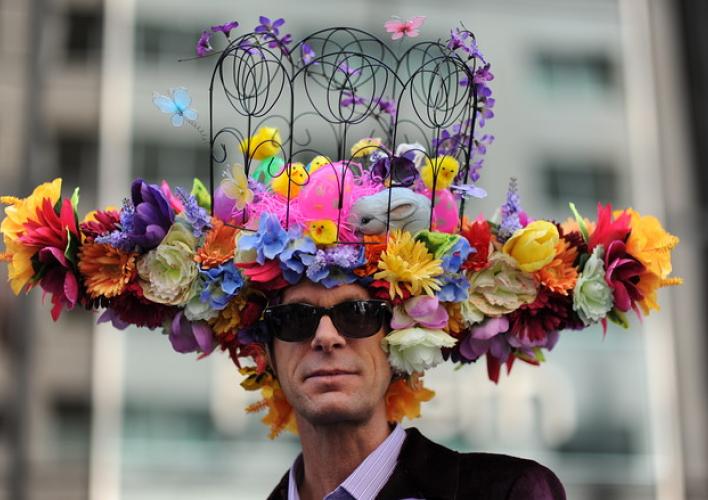 In the States, it wasn’t until post-Civil War society, towards the latter 1870s, when women and children marching in Easter Parades replaced dark-colored mourning smocks with brighter clothing. By the early twentieth century, Americans became more and more invested in the Easter outfit—the hat, in particular. Because Easter coincides with seasonal fecundity, women garnered fresh flowers to wear in their hair and in their bonnets. Lilies, daffodils, azaleas with their red, pink or even crème colored blooms, Hyacinths, purple and white, as well as pussy willows and red tulips are considered traditional Easter flowers.

If fresh flowers weren’t available, women would adorn hats with flowers made from paper, as well as ribbon, fabric feathers, sea shells and pine cones. The popularity of the Easter Bonnet peaked in 1948 when Judy Garland serenaded Fred Astaire with Irving Berlin’s “Easter Parade” in a film by the same name. In this number, Garland, who dons a white organza Derby Hat with pink and violet rosettes, makes there seem no place as grand on Easter Sunday as Fifth Avenue in New York City. By now, the Easter Bonnet has become a relic, albeit a delicate and artisanal one, of cosmopolitan splendor. 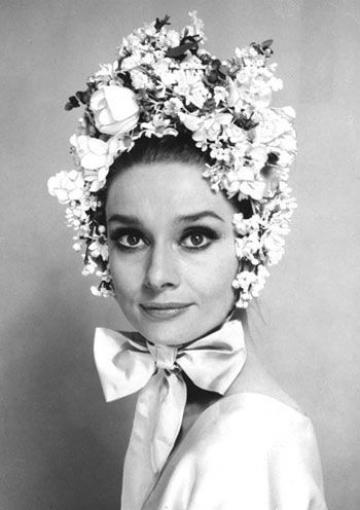 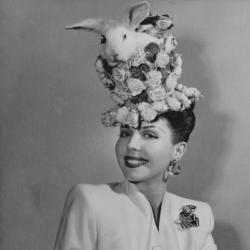 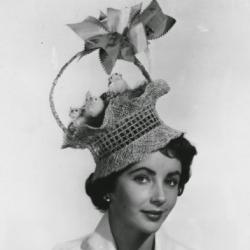 Easter Bonnets can be whimsical, fantastical, with a hint of fabulist narrative, whether religious, seasonal or cultural, all adding to the magic of the hat. These days, the Easter Bonnet can be wild, giving DIY crafters a chapeau to embellish with whatever tickles their fancy. They can also be simple and playful, subtly nodding to the Bonnet’s modern tradition with a bunny ear or two. What will your Easter Bonnet hold? 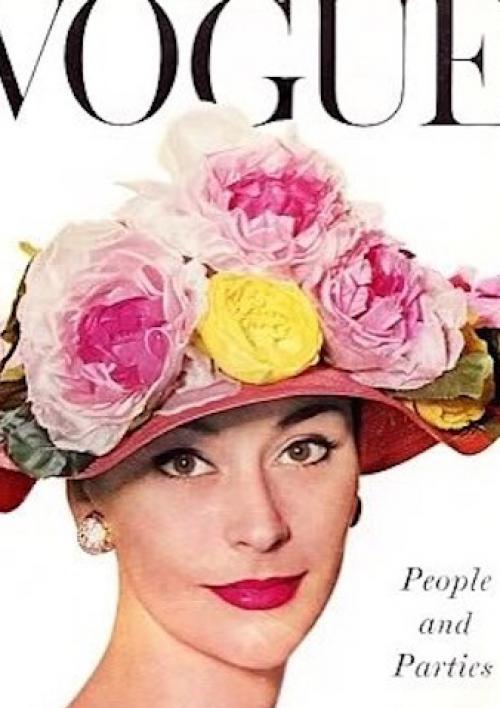 On Easter Sunday, (March 27, 2016) you have the opportunity to see Easter bonnets to the New York City extreme as "paraders" wander along Fifth Avenue from 49th to 57th Streets. The area around St. Patrick's Cathedral is the ideal place to see the parade which runs from 10 a.m. until 4 p.m.

This annual tradition has been taking place in New York City for over 100 years.This parade doesn't have any floats or marching bands but it is a spectacle nonetheless. From around the world people come to New York City to participate. Outfits range from elegant to outrageous. From outfits accented with live animals to civil war period costumes and the latest high fashions, there is a little bit of everything for the parade viewer.

If you're attending the Easter Bonnet Festival, you might want to enjoy an Easter Service at St.Patrick's Cathedral since it's right along the parade route. St. Patrick's Cathedral has a number of Easter Masses ane holy week services, including 8 on Easter Sunday. Only the 10:15 a.m. Mass requires tickets, the others are open to the public. 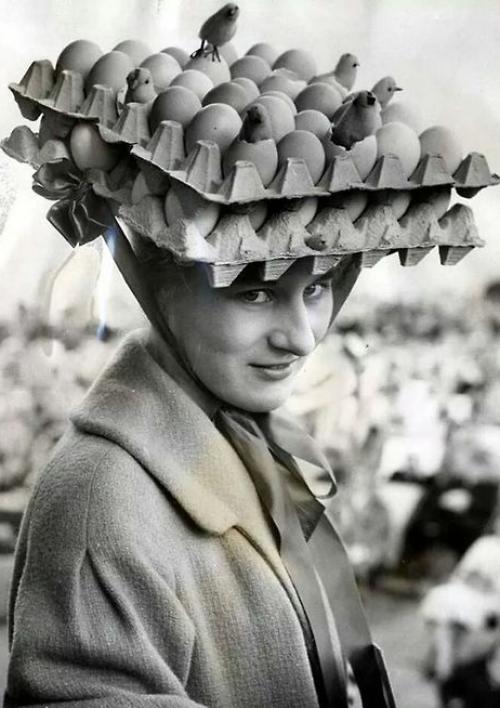 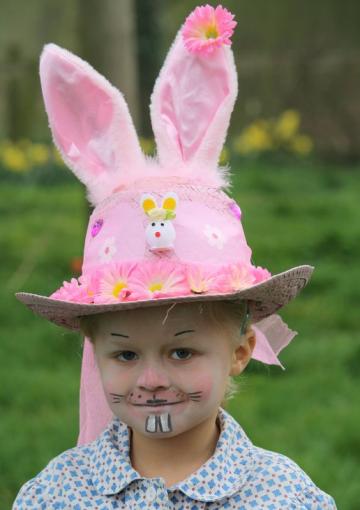 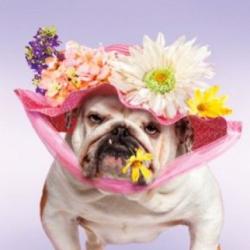 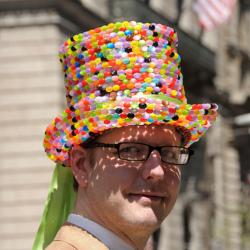 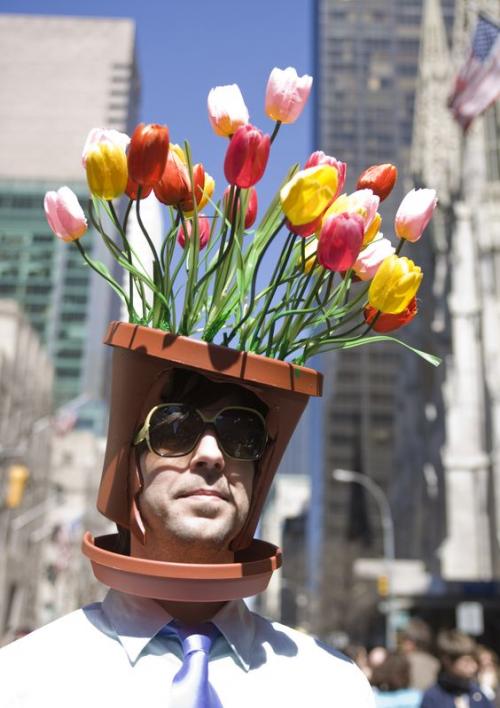